We are taking a bit more time now it’s cooling down to explore the Detroit Area. The October theme for Monther Goose Time is down on the Farm. We skipped to the last day of the month and took off on a field trip. If we had to wait to do the days in order it would have been too cold for the youngest kids to enjoy the farmers market. Our local Farmers Market is pretty cool. Eastern market is one of the oldest and largest farmers markets in the country. In fact, the whole neighborhood becomes a farmers market as it spills over into the streets.

Explore the Eastern Market with us

Eastern Market consists of multiple sheds in which stand after stand sets up, streets leading to the market fill will vendors, local shops set up displays to entice customers in. Artists fill walls with amazing murals bringing life to a City once thought to be dieing. Detroit is coming back and  Eastern Market is doing it’s part in keeping the city alive and helping rebuild.

Inside the Eastern Market, we found some great deals on produce for the week. Ok, who are we kidding a good stack never made it out of the market. That was my fault, though. I learned quickly that you should walk the market before shopping if you have kids with you. They just can’t help raiding the food in the wagon as we stroll.

We met a kind man from Mindo Chocolate. He was giving out samples of a sweet organic dark chocolate. I noticed the Cocoa beans in his display. Despite loving chocolate as much as I love coffee I had never had the privilege to see fresh beans in person. I made sure to point them out to the children. What an amazing opportunity. The man gave us one of the cocoa beans and well now I see a fun science experiment in our near future. Doing a little social media stalking I may have to plan a tour field trip to the factory because well #Chocolate.

Another stand that caught our interest was a local honey stand. They can some pretty cool candles and such made from beeswax. The kids explored the textures and the vendor told them to take a moment to smell it. We walked away with a raw honey so local it is produced in our own neighborhood. Some of the bees driving us nuts out front probably helped make it. And the kids wonder why I won’t let anyone kill the bees. No bees, no food, no life. I grabbed a jar to try. It tastes like grass… Yep describes the areas plant production alright.

The kids had fun despite the cooling temperatures.

There was plenty to catch Monkeys attention. She is always so curious and loves visiting places like the Farmers Market. We haven’t been to once since we left Florida so she was so happy to explore. Little man was more into helping me shop for all of his favorite treats. He just loves helping shop. That night he informed me that I had upset him by paying for everything. He wanted to help with his money. I felt so bad. He has such a sweet heart. I think our next trip I will leave him in charge of the money and let him handle the transactions. Where did my baby go? 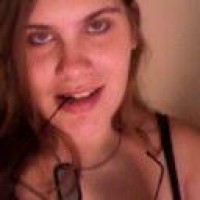